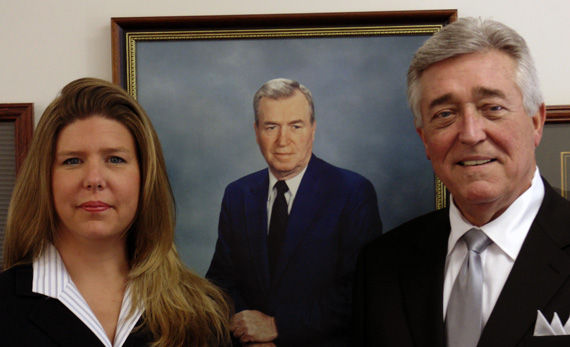 He later was elected to the state senate and served as senator for twenty one years (1955-1976), longer than any other senator in the history of Horry County at that time . He was born on Easter Sunday, April 4, 1920, in Loris, South Carolina to the late McDuffie P. and Lalla M. Stevens.

Senator Stevens’ son, James P. Stevens, Jr. “Jim” entered the law practice in 1973. He and his father practiced together for 14 years before Mr. Stevens, Sr. retired in 1986 and entered “Of Counsel” status with the firm. Jim has been practicing law in Loris South Carolina for almost forty years. He has represented plaintiffs and defendants.

Since 2005 Stevens Law Firm has been a father-daughter team that has been more successful than ever.

We send out a monthly newsletter of news and cases in and around the
Horry County South Carolina Area. Learn about local cases that may affect you.